Bitcoin’s price index has recently set a new record high of around $26k. It briefly held at around $25k before making further gains against the greenback and setting its latest all-time high. When it passed the $25k earlier today, it also surpassed the total market capitalization of VISA, one of the largest online payment companies in the world.

Here are the top companies in the world by market capitalization: 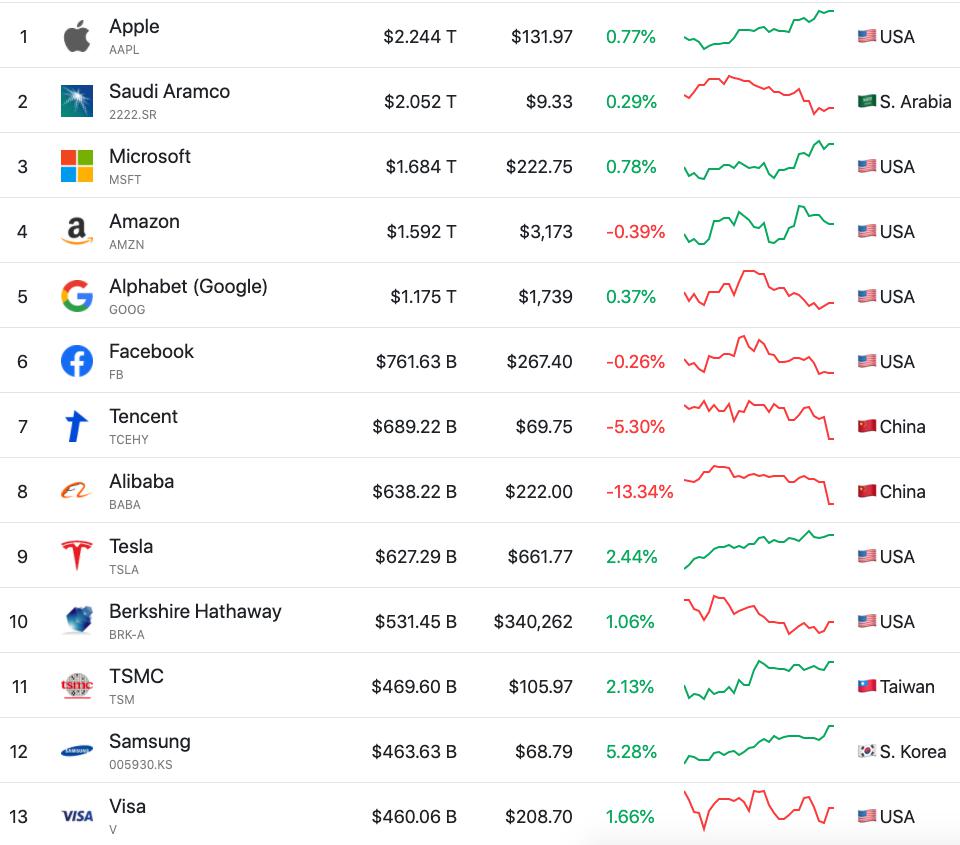 VISA, the largest payment firm in the top 15 companies of the world is worth $460 billion and still, Bitcoin beat it comfortably with a valuation of $480+ billion now with the $26k valuation. Apple remains the largest registered company in the world with over $2.24 trillion followed by Saudi Aramco, Microsoft and Amazon itself. Some analysts believe that Bitcoin may eventually surpass even Apple’s market capitalization. Whether it will or will not happen is open for debate but it will certainly take some time to achieve this feat.

Is Comparison to VISA even Fair?

VISA is a conventional payment company with offices and assets around the world. Bitcoin, on the other hand is a currency or an asset and therefore, its comparison with VISA is not a fair one at all. VISA along with other payment companies constitute a $2 trillion industry and it may even facilitate Bitcoin in the near future. So, while it is a considerable milestone for the cryptocurrency project to overcome, it doesn’t signify the end of VISA or its irrelevance because these two assets are very different and do not compare easily.

Bitcoin’s price index is in the midst of a big bull run right now. The cryptocurrency is posting all-time-highs every other week and the upward trajectory is sustained and seems almost orderly this time around. Gone were the days when Bitcoin rose violently and fell violently as well. Now, Bitcoin is getting much better at its job and shows mature pattern in a long-term bullish cycle. There is a reason why billions of dollars worth of money is being poured into the cryptocurrency sector on a weekly basis. The biggest such cryptocurrency fund Grayscale is now worth in excess of $17 billion. So finally, institutional money is now being poured into the sector and that too at a record pace. The Bitcoin moon party is continuing its upwards trend and is likely to hit new highs regularly on the way.

Open Interest in Bitcoin Options rises to $8.8 billion with 45% expiring in two weeks

Does Grayscale have an influence on the crypto market enough to influence Bitcoin price?

Ethereum Holdings on Cryptocurrency Exchanges Plunge up to 27%