The Bitcoin price index is slowly consolidating around the $8600-$9000 trading range despite undergoing a rapidfire 30% increase last week from $7400 to $9400. But, the move beyond $9000 was short lived and now there is pressure again on the cryptocurrency to perform before halving takes place or the bears might try and wrestle some measure of control again. However, despite the future uncertainty, the Bitcoin charts are experiencing something Bitcoin has never done since 2015.

This is related to the Moving Average Convergence Divergence (MACD) graph that is a widely followed indicator by the professional trading community. This is the monthly MACD graph of Bitcoin: 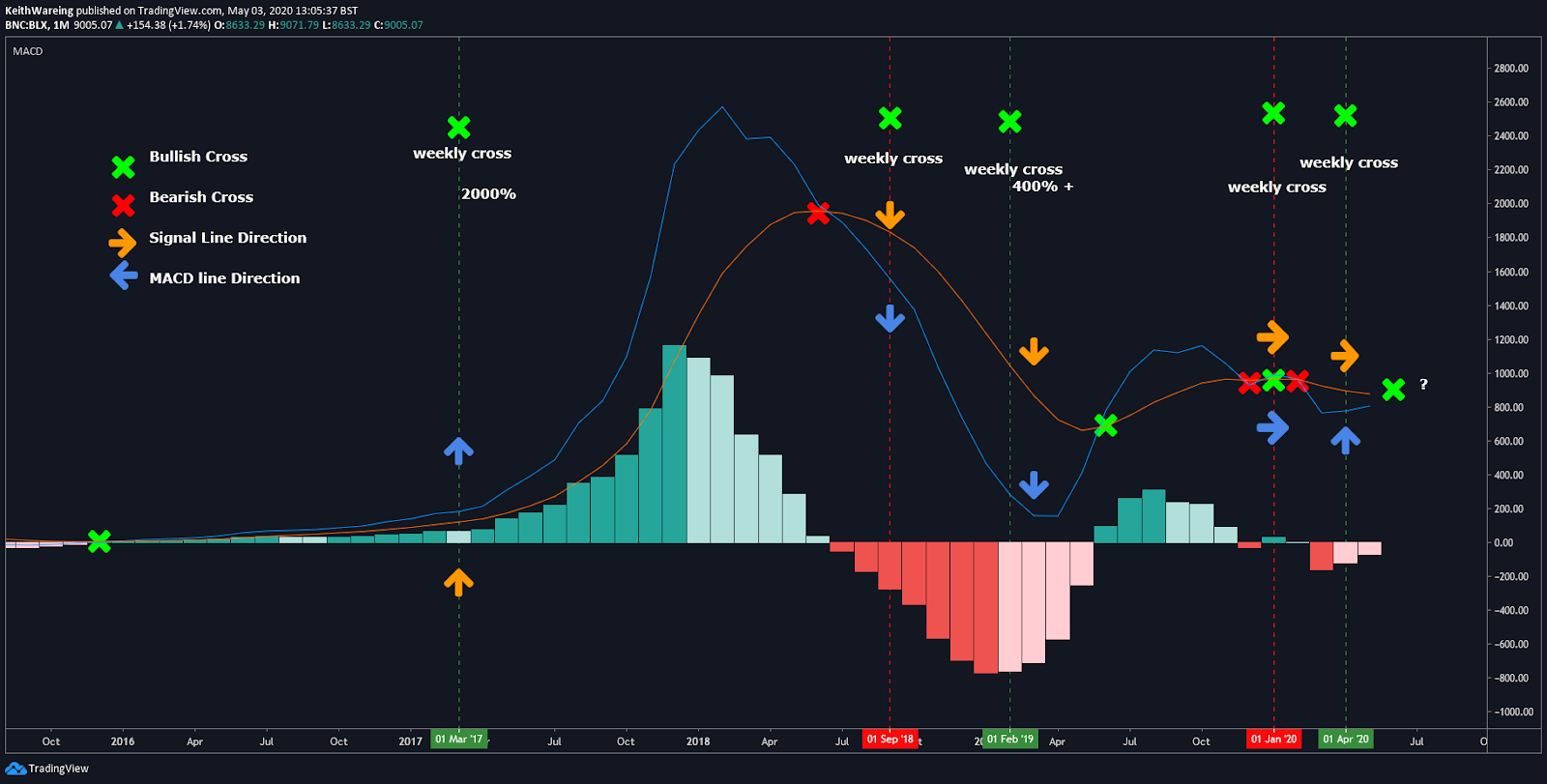 However, now with Bitcoin around the $8000s and $9000s, this uptick has been reduced but it still stands that the cryptocurrency did increase 100 times at one point and time after this key indicator turned positive last time. According to the current price statistics, Bitcoin will be worth $180,000 eventually at one time in the future if the graph is to be followed. Many readers may not believe that can ever happen in the future but be mindful that the total market capitalization will still be around $2.8 trillion if this price is every achieved considering the $130 billion range currently being experienced. This is the amount of money, the US Federal Reserve is pushing into the US markets and other financial institutions to help cope with the Coronavirus pandemic’s effects. So, while it is indeed surreal to believe that cryptocurrency will reach this figure in the next five years, it is not unthinkable as previous rallies have shown us.

In the short-term however, Bitcoin is under pressure to perform ever since the bull run lost steam around the $9400 barrier. It can be seen from the weekly graphs that a short-term correction may be on the cards but with interest increasing around the Bitcoin halving as May 12 approaches, it is difficult to envision a deep price pullback in a few days time. The $8400 is a key support to look forward to. If Bitcoin breaches this support, it might open doors to a deeper pullback to around $7600 in the short-term. However, the bulls are expected to stop that from happening because of the whole halving euphoria going around at this time.

The next big hurdle for the bulls is the $9500 resistance. If breached, it would definitely open doors to a wider $13k and $14k rally even before the halving actually takes place. If you want to know more about the halving process in detail click here. If you are interested in knowing how Bitcoin behaved during the previous two halvings in 2012 and 2016, please follow our detailed article here.